Singapore is a Southeast Asian country that has become an economic and financial powerhouse in recent years. In 2021 alone, its economy rebounded, growing over 7 percent from only 5.4 percent in 2020.

The city-state also consistently ranks among the top countries globally for economic freedom, a business-friendly environment, and ease of doing business. 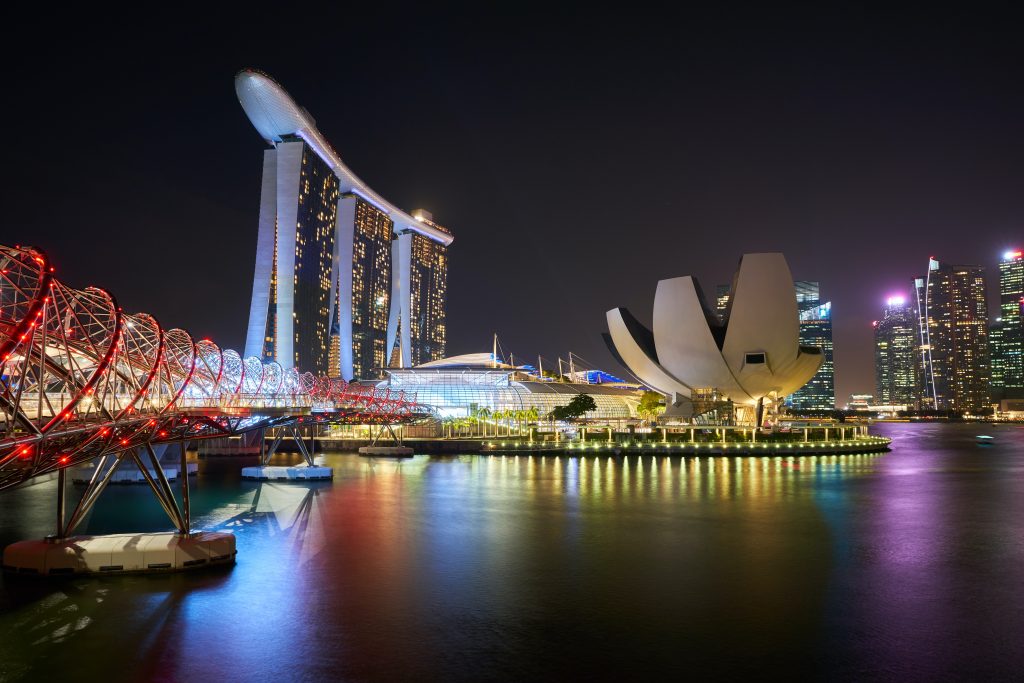 These reasons may explain why:

Singapore’s infrastructure is one of its major economic strengths. The ports in Singapore are the busiest globally, handling over 35 million containers per year. In 2021, it beat Shanghai, China, in the number of transshipments and broke its previous record despite the ongoing pandemic.

The country has a modern and efficient transport system that includes two airports, with Changi International Airport crowned as the best globally. The road system is extensive, while its railways continue to expand to provide easy access to all parts of the country. SMTR plans to have train stations no more than 10 minutes away from neighbourhoods.

Singapore also has one of the fastest Internet speeds. With an average download speed of over 180mbps, the country ranks first in fixed broadband, besting at least 130 countries.
A robust infrastructure supports economic growth by facilitating the efficient flow of goods and services.

Singapore has also been a pioneer in fintech, or financial technology. It was one of the earliest adopters of mobile payments and is now a leading player in digital banking, with more than half of Singaporeans using online banking services. One shining example is the UOB banking app, which lets patrons conduct financial transactions through their mobile devices.

Startup activity in the country is at an all-time high, with many of them focused on fintech and blockchain technology. The government’s initiatives to promote these fields have also supported growth in this area, resulting in more investment opportunities for both local and foreign investors.

The growth of fintech in Singapore has made it easier for businesses and consumers to conduct financial transactions. This, in turn, supports economic growth by encouraging spending and trade.

The government in Singapore has remained stable since its independence. The country’s political system, which includes an executive presidency and a parliamentary democracy, is also free from corruption and bribery. The government has focused on developing smart cities to further strengthen the economy with technology in recent years.

These factors have provided businesses with a sense of security when investing or setting up operations in the country. As a result, there has been an increase in investments and economic activities that would otherwise not have happened if Singapore had experienced political instability.

The government in Singapore has also created a pro-business environment, attracting many multinational corporations to invest and set up operations there.

Singapore’s corporate tax rate is one of the lowest globally at 17 percent.

The country also offers tax incentives for companies setting up regional headquarters or other offices within its borders.

In addition, Singapore has a number of free trade agreements with other countries, including China, Japan, South Korea, India, and Australia.

This allows companies to import and export goods at preferential rates.

The pro-business environment in Singapore has helped to attract foreign investment and promote trade.

The government in Singapore is also known for its strong rule of law.

This means that businesses can be assured that their contracts will be honoured and that they will not face any unexpected legal challenges when doing business in the country. The legal system is also efficient, with cases often being resolved within a short period.

The workforce in Singapore is highly skilled and educated. The country has one of the highest literacy rates in the world, with over 95 percent of its population able to read and write.

Singapore also offers a number of quality education institutions, including top universities such as the National University of Singapore (NUS) and Nanyang Technological University (NTU).

The skilled workforce in Singapore is able to meet the needs of businesses and helps to promote economic growth. Besides a world-class education system, the city-state is rich in bilingual speakers. It also welcomes foreign talent to work there.

The government actively encourages foreign investment and has made it easy for foreigners to set up businesses in Singapore. As the country continues its economic growth, more job opportunities will be available for both local and foreign talents alike.

Singapore is a global powerhouse in terms of its economy and finance.

The country has a number of strengths that have helped it to become one of the most prosperous nations in the world.

These include a strong political system, pro-business environment, skilled workforce, and efficient legal system. In addition, Singapore’s focus on technology and innovation has helped to make it a leading player in the fintech industry.

As the world economy continues to evolve, Singapore is well-positioned to remain at the forefront of economic and financial growth.