Ah, love. It can be the most beautiful thing on earth, or the most frustrating. One day it feels like we’re walking on clouds, and then the next it’s as if we’re crawling over glass. Such are the ups and downs of being in love. While this game has emotion at its core, it also has a significant impact on other areas of our life, too – such as our money. From courting to breakups and everything in between, money and love can be more intertwined than is usually instantly obvious. Take a read below, and do your best to keep your finances and love life separate. 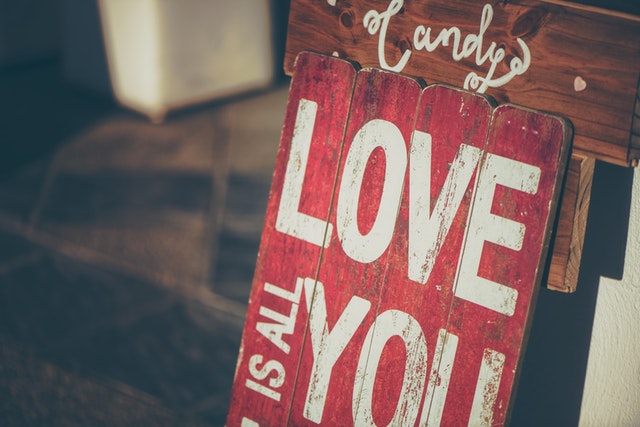 A crush can make us to pretty silly things. One moment, we’re happy scurrying our money into a savings nest, slowly building up the funds we need to make our life-long dreams come true. The next, we’re lovesick and we’re spending more money than is reasonable on trying to impress another person. While it’s OK to let your savings goal slide for a couple of weeks, if you’ve built the relationship on your generosity, then eventually you’ll come to regret it. Don’t let your financial targets be blown out of the water as soon as crush comes along!

As we’ve already made clear, love can make us do pretty stupid things. If our new partner has a taste for the high life, then we could easily find ourselves adopting the same expensive tastes just to fit in. If you can’t afford to live the same lifestyle as them, then you’ll need to make a choice: either tell them outright or find a better paying job. You’ll already have cultivated a lifestyle that suits your income; if you live a lifestyle that’s costlier, then you could quickly find yourself in financial difficulties. This is one thing that many couples argue about, actually – as such, it’s best to avoid such a scenario by dating within your wage bracket, or someone who doesn’t mind trading down their lifestyle, rather than you trade up.

Supporting More Than One

If things go very well and you end up falling in love with a plan to have a baby, then you’ll need to check how this goal ties in with your financial reality. Raising children is not cheap – actually, it can be eye wateringly expensive – and is, of course, a lifelong commitment. You’d also need to think about whether you’d have enough money to support everyone if you were the only parent working.

Life used to be so simple. Come Christmas time, we’d just give thanks that everyone was well, and have a nice meal. Now, we’re expecting to bring our A game when it comes to presents, and it’s causing many of us some serious financial headaches. If it’s been a while since you had a partner, keep in mind that splashing out on loads of expensive presents won’t make them love you anymore, but it will blow a hole in your bank account. The average person spends around $1000 on Christmas presents, most of which are thrown away within a few months anyway.

Once you begin to get serious, you’re no longer just making financial decisions based on your own needs. You’ll have to keep your partner in mind, too. Sooner or later, you’ll be talking about having a joint car, or buying a home. Again, these decisions have the capacity to cause serious strife for a couple; they are, after all, big decisions. As such, you’ll want to have a clear understanding of which each member of the relationship wants and expects. If they line up financially, then all good.

Perhaps the old days were better after all. If you wanted to get married, then no problem, here’s your piece of paper; sign here, you’re done. Now, weddings are massive affairs which can cost tens of thousands of dollars, just for one day. There is no equivalent day which we would happily part with half a year’s wages! When it comes to your wedding day, it’s best not to scrimp. But don’t go crazy, either. Many of the “wedding essentials” aren’t essential at all. Keep things just to what you want, and it’ll be a reasonable price. The day won’t be compromised, but you’ll be thankful for keeping the costs down in the long run (or perhaps just when it comes to the honeymoon).

After the Love Has Gone

Alas, not all love was meant to last forever. We all know that a high percentage of marriages don’t last the distance, and there can be a lot of costs attached to the end of a union. This could be a matter of letting lawyers arrange the paperwork for a divorce, but it can also be more problematic, too. If the police are involved, then you may need to find a lawyer who’s experienced in taking a criminal case in order to avoid further complications. Once separation has been arranged, you may need to pay for housing, or child support, or any number of other expenses, too.

Growing The Savings Pot Together

But let’s keep things positive; it’s always best to go into a marriage believing that it’ll last forever, and should act accordingly. That means putting away money into the savings account for retirement, which is, in many cases, a much more expensive time of a person’s life than most realize. Both parties in the relationship should be contributing money to this fund, though the precise amount will depend on individual salaries, existing savings, and so on.

It wouldn’t be a surprise if money were one of the main causes of arguments between two people. It’s a complicated issue for one person; put two people together, and things can quickly get messy. The best way to ensure a financially healthy life and relationship is to be open with one another from the beginning. Communication can solve many problems, especially when it comes to money!