In any workplace, there will always be some amount of gossip going around. People want to know and talk about what is going on in their workplace, after all. However, gossiping and the rumors that spread can get out of hand if left unchecked. If this happens, it can waste people’s time, ruin morale, and destroy reputations and careers. It can turn a workplace into a toxic environment. 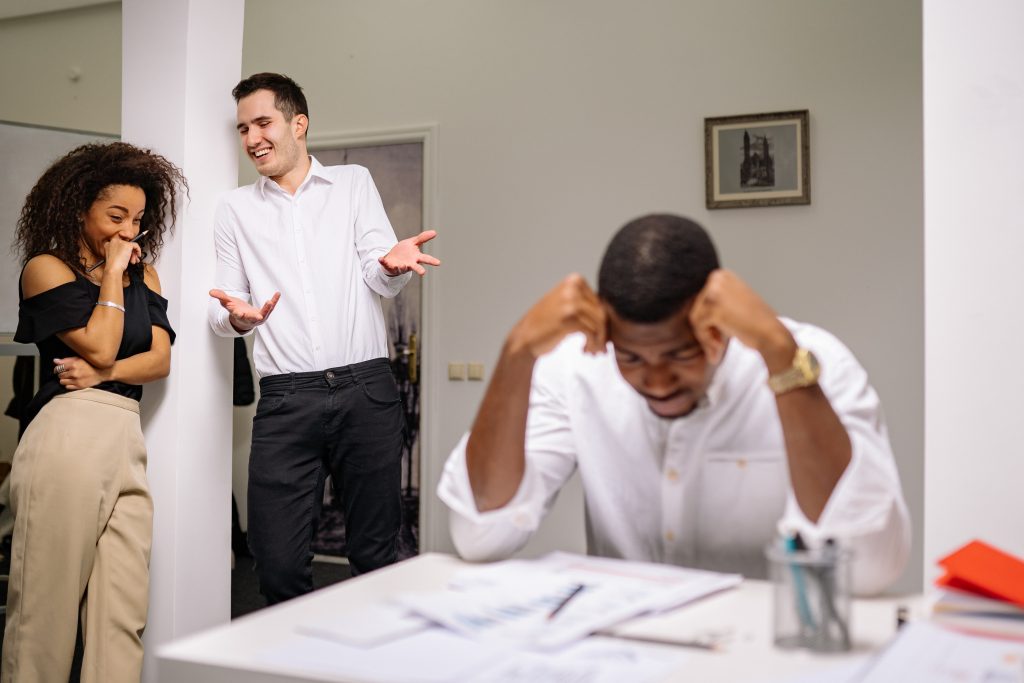 How do you deal when gossiping becomes a problem in your workplace? Here are some tips to help you deal with malicious rumors:

• Get busy. Gossipers want attention. If you’re focused on your work, you won’t be available for the drama to reel you in. Remember that you were hired for particular duties, so doing your job well should take up much of your time at work. Indulging in gossip will get you sidetracked from achieving your professional goals. You can also get a bad reputation. So it’s good to stay focused to help keep you on the path to your career success.

• Don’t join them. Walk away from gossip sessions and don’t give clues that you are interested. When someone passes a rumor to you, make sure it ends with you. You can act responsibly and with integrity and move on. You can also physically remove yourself from situations that foster gossiping behavior. While it could be difficult to control gossip, you can control your reaction to it. As much as you can, don’t interact with persons who consistently make trouble.

• Observe how people relate. Try to get a feel of the politics in your workplace before fully immersing yourself. See how your workmates relate and learn the unofficial roles they have adopted. If you notice a trouble-maker, take action to have as little interaction as you can with that person.

• Make it positive. You can turn gossip around by saying something positive about the person being attacked. Instead of joining in by saying negative things about your coworkers being mentioned, you can spoil the gossiping by saying a compliment about the person mentioned. This way, you can change the direction of the conversation.

• Don’t overshare. Remember that if a coworker gossips about others, there’s a high chance that they will gossip about you, too. While it’s nice to have close friends in the workplace and have friendly conversations, remember not to give anyone too much personal information to the extent that they could use the information to impede your advancement. Consider having a “work friends” privacy setting on your Facebook account until you have built enough trust between one another.

• Seek to help the gossiper. Have a genuine conversation with the gossiper that seeks to air their real issues and grievances. Maybe they are upset about missing out on a promotion opportunity or annoyed that the gossip victim has a special work deal. You can dig deeper to see if you can reach a fair solution.

• Be firm. If the gossiper refuses to share what is really bothering them, be firm in telling them that the gossip must stop. You may need to make it clear that malicious gossip should not be tolerated at work, and it could mean letting go of any person who persists in such behavior.

• Take gossip with a pinch of salt. Work gossip can be filled with rumors, errors, innuendo, and malicious nonsense. You can train yourself not to react in a personal or defensive manner. Realize that there might be a deeper reason behind the gossip. Deal with it objectively instead of taking everything as a personal attack.

• Learn the facts. At times, there is a kernel of truth to gossip. Learn more about the matter before addressing the problem. This way, you can respond to the issue with facts instead of emotions.

• Focus on the solution instead of the problem. Gossip can arise when workers are concerned about a specific problem. In such situations, conversations can lead to complaining and gossiping. Instead of joining the complaining, you can ask the group what could be a solution. Even if you don’t come up with a solution, the exercise of focusing on what could solve the problem can take away the itch to gossip.

Dealing with gossip in any work setting can have a positive effect on employees’ morale and productivity. These tips will help handle malicious gossip in your workplace.